In the Memorandum there is no mention of undisputed fact that Officer Wagner had it would unfold mortally wounded Officer Jason Moszer at about 2110 hours Wednesday 10 February 2016. An hour and sixteen minutes before this memorandum begins an analysis of the propriety of SWAT Officer Wagner's actions - let alone the gross incompetence of the RRV SWAT Team Commander LT William Ahlfeldt - - denial of life, liberty and trial of Mr. Marcus C. Schumacher Sr...   Bleak, Bleak, even for arguably - the - yes the fourth rate state.

This is a choice made by the ND Attorney General Wayne Stenehjem, BCI Director Dallas L. Carson and Cass County Sheriff Paul Laney - former Fargo ND Police Officer and former head of the RRV SWAT Team ---- and others..... Just what was Chief of Police David Todd thinking ?  Why not be the actual General (4 stars) over the SWAT Team - in the most critical situation presented to the Fargo Police in action -----  perhaps - given the debacle - the most defining moment of the Fargo Police History.

A Moral and tactical defeat - existential - nasty, false, chaotic - a deep deep lie that reflects great disrepute upon policing across the entire profession.

Laney fully clear as to the facts and nature of the conspiracy to obstruct justice hours before he announced the BCI would "investigate" the case. The "press" inquired about nothing. Nothing. Facts and Truth were determined to mean nothing in the non reporting of the negligent killing of the Police Officer. Nothing.

VIEW THIS SITE IN CHROME - OTHER BROWSERS MAY BE OBSOLETE

DONATIONS ARE NOT TAX DEDUCTIBLE. WILL BE USED TO AGGRESSIVELY UNDER THE FIRST AMENDMENT OPPOSE AND REPORT CORRUPTION THAT UNDERMINES THE VERY BASIS OF GOVERNANCE. DONATIONS OF $250.00 AND OVER PLEASE REQUEST OUR GIFT TO YOU OF A NEW COPY OF MICHAEL C. RUPPERT'S 2004 BOOK CROSSING THE RUBICON. PLEASE MAKE SUCH REQUEST TO:

include all shipping details


​corruption tips as well to this address 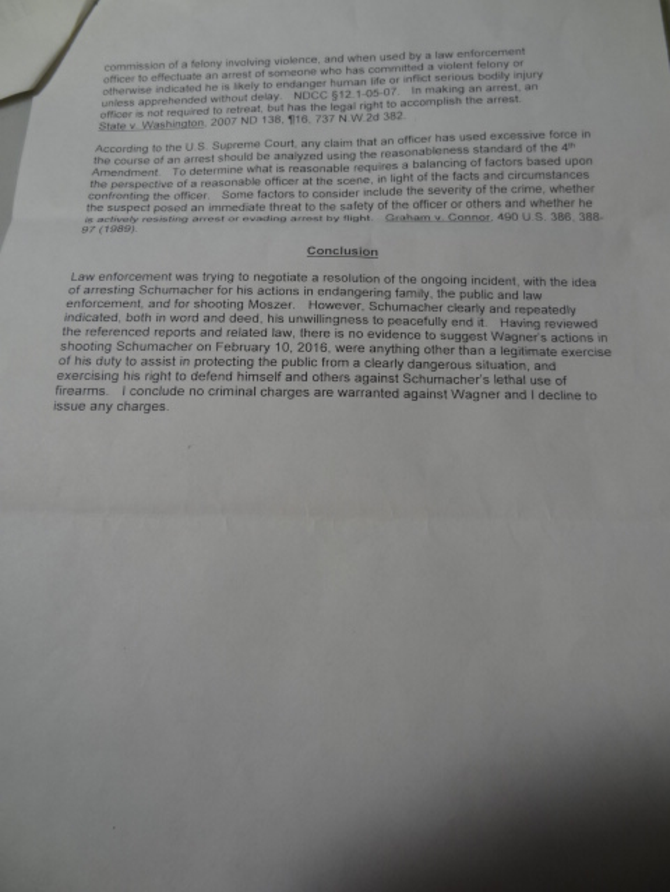 Office of ND Attorney General refuses to answer any inquiries -   will not comment upon questions as to whether any other media had asked ANY questions - after 50 days of the BCI's preparation of the massive and false - false report that was the obstruction of justice - and more... No BCI Officer would sign any document - state that they believed the information contained therein was believed to be true .... Let alone under oath. No. Hidden secret eyewitnesses that were determined to be hidden forever. A gravely wounded - by police shooting negligence left alone - betrayed - Yes.... believed to be dead and determined that they would NOT rush to him to render aid. No.

​protection and serving the community - instead choosing a lie over the simple tragic truth - the truth.

See the memorandum of State's Attorney Mr. Burdick below.

North Dakota State Representative Randy Boehning (Dist 27 - Fargo )does not even bother to dispute he is CHILD RAPIST of Matthew Thrailkill - then 15 years of age in Minot, North Dakota - in the same bed with the boy and Charles Soper - a small town school superintendent (boy not his student). Payoffs and non disclosure agreement appears evident. Judge Mattson with incompetent defense counsel sentence Soper to 50 years in pen - 15 suspended. System ? attempts to murder Soper in pen to silence facts - truth - justice .. beaten to an inch of death ! Who ordered it ? While connected (for some reason) opinion - Frankenstein looking Boehning gets secret legal representation (like Drew Wrigley mistress payoffs) and gets out of jail without even police questioning it appears.  POLICE CORRUPTION CONTINUES - BOY BUNG AND REP BUNG AND SUPERINTENDENT BUNG ACHE (presumed) THAT IS  THE GOAL - IN PART.... ANYWAYS?   Exciting link ! 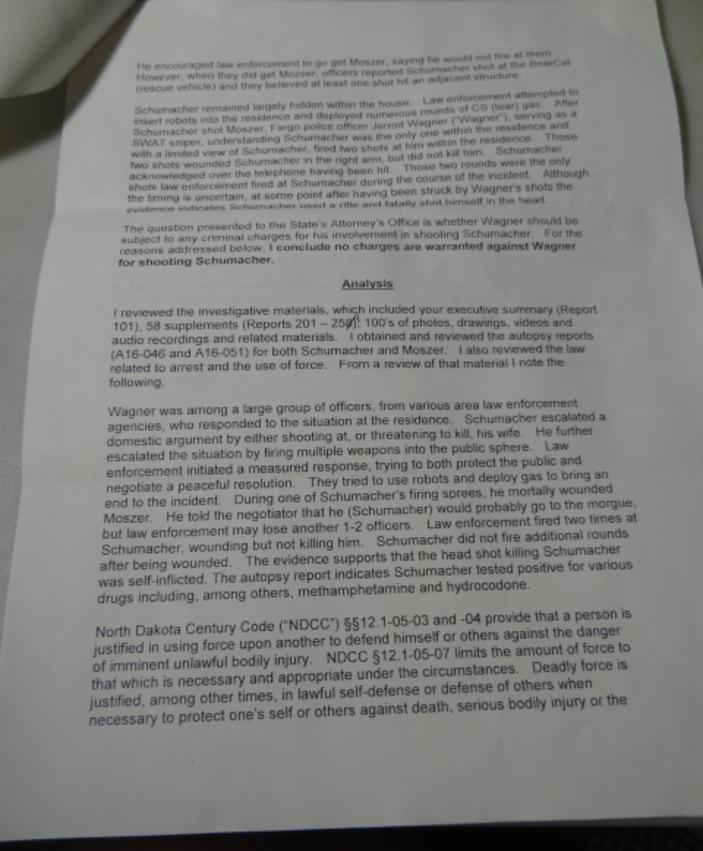 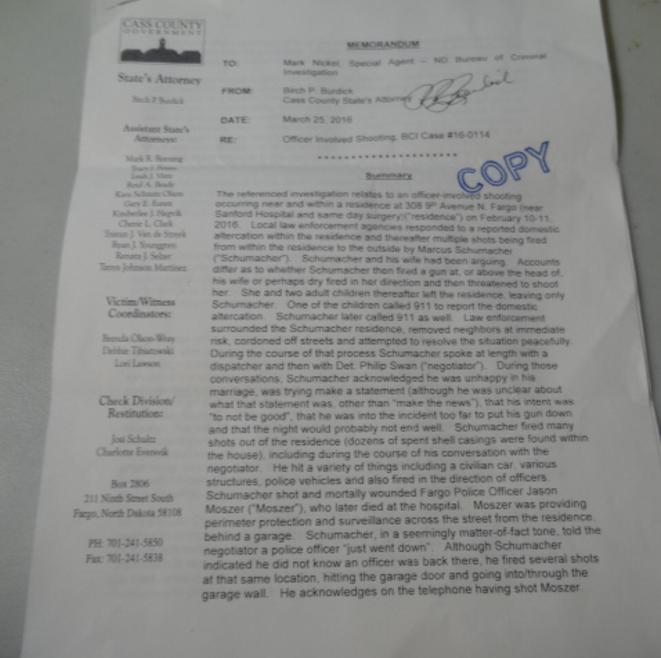 link to page one this site

" If you ask me what I came into this life to do, I will tell you: I came to live out loud."